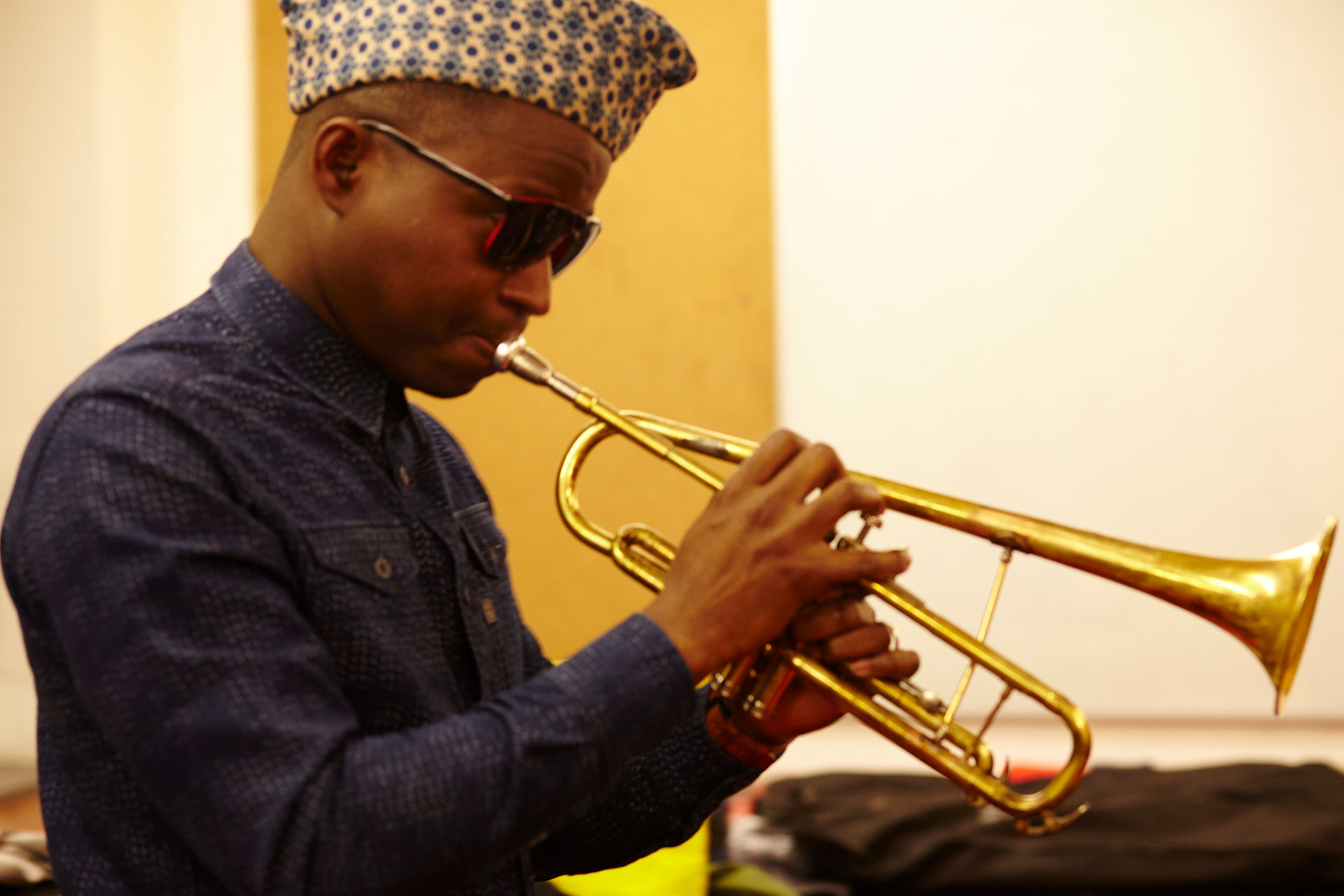 Togolese trumpetteer and composer backed by Brussels 8-piece groove collective, Daniel Dzidzonu offers us a musical conception between tradition and modernity. Inspired by traditional songs of West Africa, jazz and fusion music of recent years, Dzidzonu’s music is enriching, lively and irresistable.every word. You didn’t know anything about scene politics, haircuts, or what was cool. All you knew was that this music made you feel different from anyone you shared a locker with. Someone finally understood you. This is what music is about. Jazz is smooth and cool. Jazz is rage. Jazz flows like water. Jazz never seems to begin or end. Jazz isn’t methodical, but jazz isn’t messy either. Jazz is a conversation, a give and take. Jazz is the connection and communication between musicians.

His biggest desire was to play the trumpet. Even though the members of his father’s band sometimes taught him the basics of horn playing, he was not allowed to touch or play with their instruments so he had to wait for many years before he had his first trumpet. After he got one, he learned how to read music from a church member who taught classical trumpet and music theory, using only the church hymn books as material. The rest depended on learning the melodies by heart. As a pastime, he would memorize the melodies of songs he heard on the radio and on TV. He would look for different ways of playing, unknowingly honing his talent and improvisation skills.

At 12 years old, he was already taking music seriously, which earned him the role of the bandleader in his father’s brass band a few years down the line. His solo rendition on Louis Armstrong’s ‘When the saints go marching’ which they performed at weddings is what got him noticed. His playing and sound were distinctively different to that of his seniors.